"Citizen journalism" describes the different kinds of journalism people can do on their own, without media companies or professional salaried journalists necessarily involved. This can be as simple as regularly commenting on news story in the Dallas Morning News that adds information or perspective the reporter left out, writing letters to the editor or as demanding as self-publishing a news and editorial blog on the Internet.


Arianna Huffington, Co-founder and Editor in-Chief of the Huffington Post, talks about citizen journalism and the role it can play in the years to come.


OklahomaHorizonTV
Impact of Social Media on Journalism
Citizen journalists are members of the public who "play an active role in the process of collecting, reporting, analyzing, fact checking and disseminating news and information," according to the seminal 2003 report, "We Media: How Audiences are Shaping the Future of News and Information."

Authors Bowman and Willis say, "The intent of this participation is to provide independent, reliable, accurate, wide-ranging and relevant information that a democracy requires."

The idea behind citizen journalism is that citizens can exercise their right of free speech by using the tools of modern technology and the Internet to augment and fact-check corporate media companies, either on their own or in collaboration with others.

For example, you might write about a city council meeting on a blog or on FaceBook, you might fact-check an online newspaper article from a mainstream newspaper and point out factual errors or bias by leaving comments, or, you might record a digital photo or video of a newsworthy event on your smart phone and post it online.

We all cheer the developments in the Middle East that appear to be leading to greater freedom of political choice for citizens thanks to mass rallies in the streets. The citizen uprising in Iran in 2009 and again this year, in addition to citizen uprisings against oppressive authoritarian government rule throughout the middle east this year were spurred on by information made available over the Internet. Western spectators who want to see greater democracy in the Middle East hope that citizen power will spread.

A similar response is occurring in Madison, Wisconsin as citizen journalists protect democracy by making sure the complete union busting political motives of the state's new Republican governor are fully reported.

Thanks to a citizen journalist blogger named Murphy, we know how much Wisconsin Gov. Scott Walker is in bed with the conservative billionaire Koch Brothers who are one of the main funding sources for the national Tea Party movement.

It was Murphy who, by impersonating billionaire and Americans for Prosperity money man David Koch, punked Gov. Walker into a 20 minute phone call where Walker revealed his real union busting political motives. Click to listen to that call on Murphy's blog.

Many other citizen journalists are at work in Wisconsin and across the nation to make sure the full factual story about the national Republican strategy to bust employee unions, and eliminate all government social programs and regulatory oversight of business and finance is told.

When did it start?

With today’s technology the citizen journalist movement has flourished as increasing numbers of citizens publish news to the world on the Internet as the modern equivalent of the printing press. Professor Mary-Rose Papandrea, a constitutional law professor at Boston College, notes in her article, "Citizen Journalism and the Reporter’s Privilege," that in many ways, the definition of journalist has now come full circle:

"When the First Amendment was adopted, 'freedom of the press' referred quite literally to the freedom to publish using a printing press, rather than the freedom of organized entities engaged in the publishing business. The printers of 1775 did not exclusively publish newspapers; instead, in order to survive financially they dedicated most of their efforts printing materials for paying clients. The newspapers and pamphlets of the American Revolutionary era were predominantly partisan and became even more so through the turn of the century. They engaged in little news gathering and instead were predominantly vehicles for opinion.

The passage of the term 'journalism' into common usage in the 1830s occurred at roughly the same time that newspapers, using high speed rotary steam presses, began mass circulation throughout the eastern United States. Using the printing press, newspapers could distribute exact copies to large numbers of readers at a low incremental cost. In addition, the rapidly increasing demand for advertising for brand-name products fueled the creation of publications subsidized in large part by advertising revenue. It was not until the late nineteenth century that the concept of the “press” morphed into the [modern] description of [newspaper and then broadcast media] companies engaged in an often competitive commercial media enterprise."

Why is it important?

A robust, free press has been viewed by many as an essential check on government and business since the early days of the Republic. “The only security of all is in a free press,” Thomas Jefferson wrote in 1823. Nearly 60 years ago, the Supreme Court declared that "the widest possible dissemination of information from diverse and antagonistic sources is essential to the welfare of the public, that a free press is essential to the condition of a free society."

Unfortunately, media consolidation over the past twenty years has taken its toll on the "widest possible dissemination of information as an essential check on government and business." Through successive acquisitions and mergers a few massive multinational media conglomerates controlled by conservative owners control more and more of our vital information sources – including television networks, cable channels, newspaper publishing, radio, and the Internet.

One-third of America's independently-owned television stations have vanished since 1975, while at the same time, three media giants now own all of the major cable news networks in America. Before the The Telecommunications Act of 1996 lifted ownership limits for radio stations one company could own no more than 40 stations nationwide. The Act allowed incredible consolidation of radio station ownership and one company alone, Clear Channel Inc., now owns nearly 1,200 radio stations across the country. Here is what radio media consolidation has wrought:
More than two-thirds of independently-owned newspapers have disappeared over the last 35 years with more than 200 publishing companies disappearing over the last 20 years. Vin Crosbie, a noted Syracuse University professor and consultant, has predicted that more than half of the approximately 1,400 daily newspapers publishing in the country today could be out of business by 2020.

Newspaper publishers have reduced daily newsroom staffing of more than 29% from since 2001 as circulation and advertising revenues have plummeted over the last decade. Every year there are fewer and fewer newspaper reporters covering state capitols and city halls, while the number of states with newspapers covering the U.S. Congress full-time has dwindled from 35 in 1985 to just 21 in 2010.

In 1910, nearly 60% of cities had competing daily papers, but today that completion of viewpoints has all but disappeared. Traditional media companies use the ‘lack of objectivity’ excuse as a convenient way to put down citizen journalism. That’s a fair critique, as most people who step up to the roll of citizen journalist are usually biased to some degree. 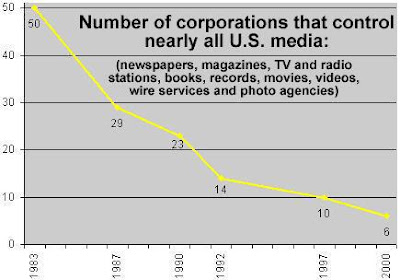 Fact is, however, everything you see on TV, hear on the radio or read in the paper is colored by the limited knowledge, opinions based on that knowledge and biases of professional journalists and editors. Today, too many managing editors manipulate their editorial decisions to suit a publisher’s agenda, as Fox News well demonstrates.

The amount of filtering and editing that happens from an event occurring to publication of details in the increasingly understaffed and conservative owned traditional media world makes it impossible for voters to receive the full and unbiased information they need.

Increasingly, it is left to citizen journalists publishing on the Internet to provide the widest possible dissemination of information to provide the essential democratic check on government and business.

How to get started?

Reader demand and electronic publishing technology is changing the way news is read and offered. Today, websites like Google or Yahoo are mimicking newspapers, by using sophisticated computer programs to automatically aggregate content by compiling links to content from newspapers, wire services, blogs, and other sources from around the world. Other so-called aggregators like the Huffington Post and Raw Story "blogs" extend the Yahoo model by mixing links to newspapers’ stories with original content written for free by a wide cross section of citizen journalist volunteer bloggers.

Other bloggers, either on their own or in small group collaborations, publish blogs that frequently mingle aggregated content from other blogs with their own originally written news content and editorial commentary. DailyKos, FireDogLake, Talking Points Memo and Op Ed News are examples of national interest blogs that started as small group collaborations of citizen journalists between 2002 and 2004, which now have national audiences. Still other local Texas blogs like Democratic Blog of Collin County, Burnt Orange Report, and JobsAnger are more like the old small town print newspapers of century ago where the owner is the managing editor, senior reporter, typesetter, pressman and janitor.

The easiest way for someone to get started as a citizen journalist is to become a contributing writer for a blog already in publication. Many, but not all, blogs already in publication, whether of nation or local interest, invite their fellow citizens to contribute content. Each blog has its own editorial process, rules and tool set for citizens to contribute content on the blog. Writing letters to the editor of the local traditional newspaper or writing comments on the newspaper's online articles are also good places for novice citizen journalist bloggers to hone their writing skills. For those who have a lot to say to world and who have the time, passion and journalistic experience to write, the best choice may be for those individuals to start their own blog.
Posted by DemBlog at 1:30 AM